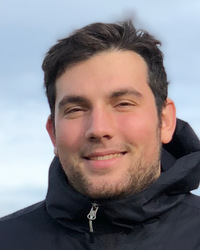 Daniel was a UROP student during the summer of 2016 and the academic year 2016/17 and a Research Assistant between 2018 and 2022. He received his MEng Computing from Imperial College with first class honours and a distinguished project. He has done internships at Microsoft on the Paint3D team and at Apple on the Clang Frontend team. His research interests include but are not limited to binary rewriting, compilers and linkers, and operating systems.