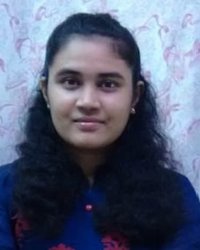 Pritam was a research associate in the Department of Computing at Imperial College London, working in the Software Reliability Group and Multicore Programming Group on compiler testing. Her research interests include program analysis, compiler optimizations, programming languages.

She received her Ph.D. from IIT Bombay under the supervision of Prof. Uday Khedker. Her research is closely related to static analysis and her Ph.D. thesis is about static pointer analysis.