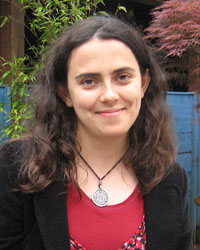 Hristina was a postdoctoral researches in the Software Reliability Group. Her research interests are in the area of formal software verification and concurrency. In November 2012, she received a PhD in Computer Science from the University of Oxford, UK. She obtained an MSc and a BSc in Computer Science from Sofia University “St. Kliment Ohridski” in Bulgaria, specialising in logic and algorithms. Between 2001 and 2007, she also worked as a software engineer in a Bulgarian software company outsourcing for Siemens L&A Postal Automation, Germany.